Home » Blog » How Did Charli D’ Amelio Get Famous on TikTok?

Home » Blog » How Did Charli D’ Amelio Get Famous on TikTok?

How Did Charli D’ Amelio Get Famous on TikTok?

Many TikTokers dream to become extremely famous, and ask how did Charli D' Amelio get famous on TikTok? Here's her success story in detail. 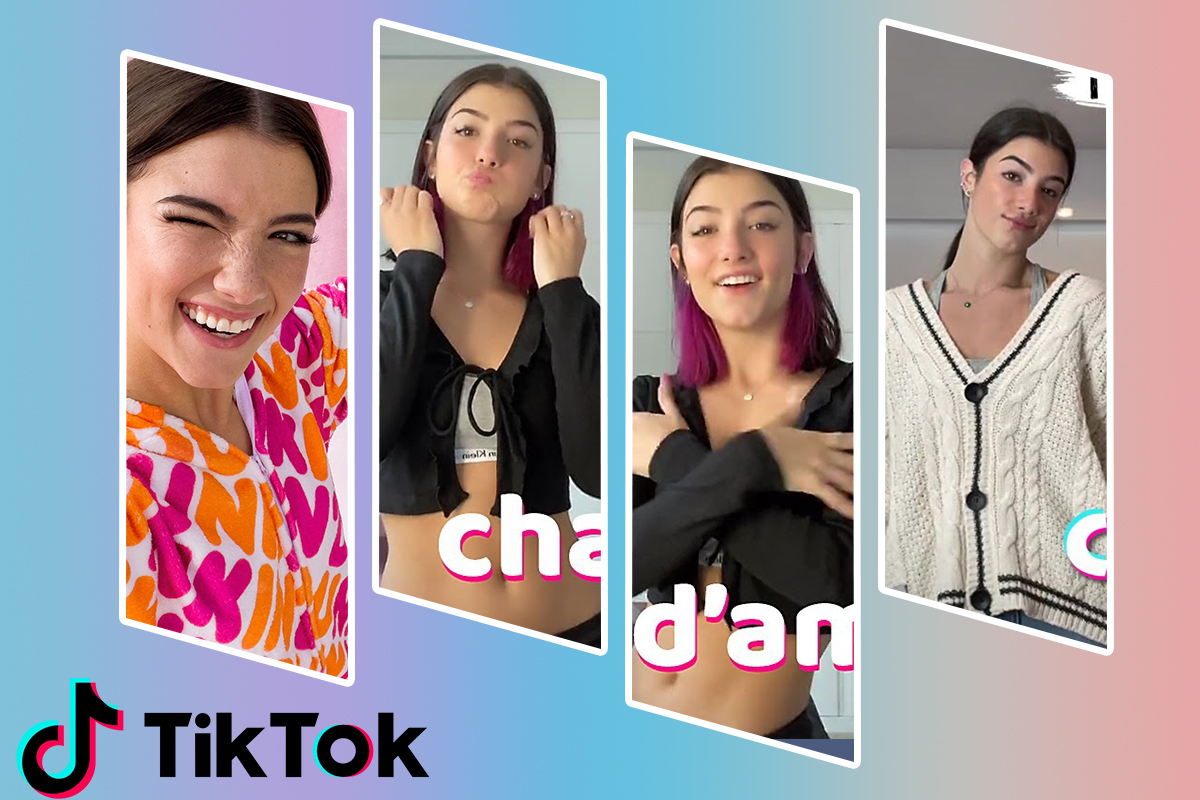 TikTok’s popularity is no secret from the world, and it has been soaring endlessly since 2017. Even as you read this line, more and more users are joining TikTok, and most of them want to know how did Charli D’ Amelio get famous on TikTok to reach the same heights of fame as her.

The story of Charli’s rise to fame on TikTok began in 2019 when she was a high school sophomore. It was the time when TikTok had already crossed 700 million users worldwide and became a sensation among the Gen-Z audience.

Before joining TikTok, Charli was already a competitive dancer and used to post her videos and photos on Instagram, but one fine day, she decided to join TikTok, and that’s when her journey towards being the most powerful influencer on TikTok began.

Charli started posting TikTok videos of her dancing. Soon those went viral, and she got 5 million followers in her first week of making the channel. That’s baffling, right? As of 2022, Charli D’ Amelio is the most followed person on TikTok, with over 136 million followers.

Today, we’re going to unravel the mystery of how did Charli D’ Amelio became so famous and talk about how you can become a sensation on TikTok as well.

Who is Charli D’ Amelio? 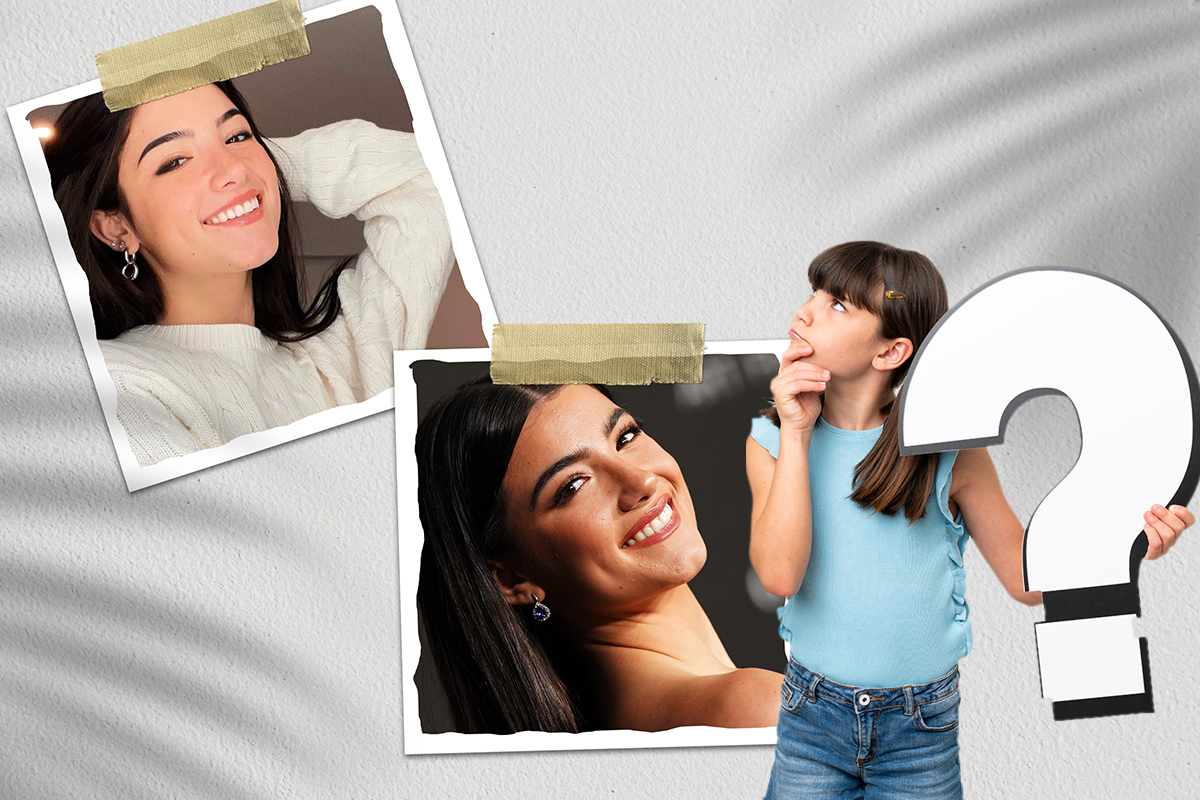 Charli Grace D’ Amelio became a TikTok star after 2019 when her videos went viral. Before that, she was a 15 years old high school student from Connecticut who used to live with her older sister and parents like other kids of her age.

She started dancing at the age of 3 and learned competitive dancing for over ten years before starting her career on TikTok. Charli posted her first TikTok video in May 2019, which was a lip-sync duet with her friend.

After that, she started posting her dance videos, and her moves made the world go crazy. It’s hard to believe, but her cover of the Renegade dance became such a hit that now videos with the hashtag of that dance have e over 2.2 billion views on TikTok.

Now, Charli D’ Amelio lives in Los Angles and spends most of her time at the TikTok hype house creating new content and interacting with fellow celebrities. She is the first TikToker to reach 100 million followers, and this achievement opened gateways of several opportunities for her.

Charli is now a social media celebrity, owns a successful YouTube channel, serves as a brand ambassador, and even signed a book deal. She’s on a roll and doesn’t seem like her success train would be stopping any time soon.

How did Charli D’ Amelio Get Famous on TikTok?

While other influencers were struggling to make their name on TikTok, Charli D’ Amelio, who wasn’t even a senior yet, took the platform by storm and became a sensation overnight. Her baffling success made everyone curious and forced people to wonder what her recipe of success was.

Social media experts and TikTok veterans analyzed Charli’s videos and shortlisted a couple of factors that were used in biblical proportions and led to her mind-boggling fame. 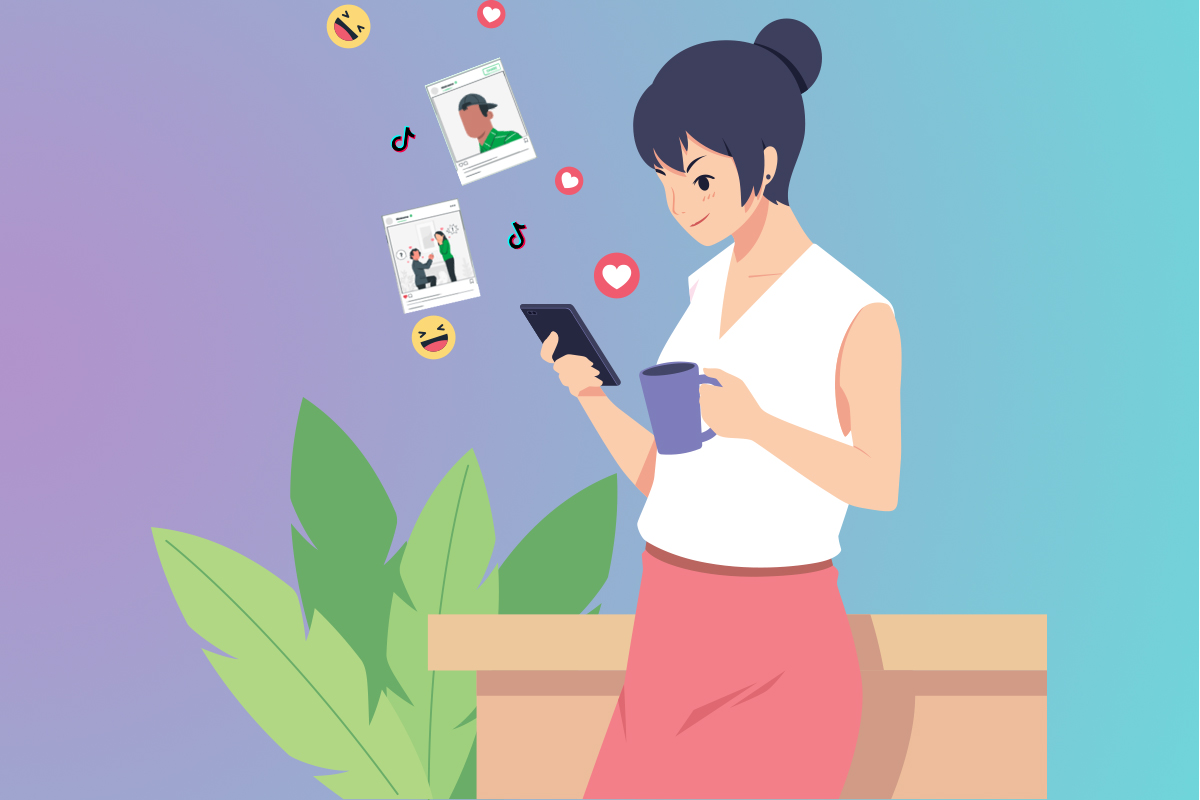 Unlike other influencers, Charli didn’t join TikTok for fame as she just wanted a platform to showcase her skills. That’s why she consistently uploaded content regularly, which soon got recognized by the audience and the TikTok algorithm. In 2019, girl dancing videos weren’t quite as common on TikTok.

So, when Charli started posting her dancing videos consistently, the algorithm recognized it as unique content and started recommending it to the audience. And we all know what happened next, don’t we? Thus, experts say that Consistency is one of the factors that lead Charli to success on TikTok.

Charlie wasn’t even aware of the fact that when she started posting her dancing videos, she was actually inspiring other girls to follow her, which started a whole new trend.

That’s why most of her early followers were females under 18 years old, but soon her audience grew rapidly. So, we can say that Charli hit the right spot at the right time, successfully managed to ride the wave of her dancing trends, and became famous.

Sure, Charli uploaded videos consistently and posted high-quality content, but lots of experts say that she just got lucky. This argument is convincing because if you take a look at Charli’s early TikTok days, she wasn’t much different from other influencers.

It was a stroke of luck that she started a trend on TikTok, which became so popular that Charli can be unofficially called the inventor of dancing challenges and trends on TikTok. Still, it doesn’t mean that she owes all her success to dumb luck.

Charli trained for years to become a competitive dancer, and her excellent dancing skills were also one reason for her videos going viral. So, it’s true that she did get lucky, but Charli had to work for years to reach a point where the Universe rewarded her hard work with fame.

How Do You Get Popular on TikTok? 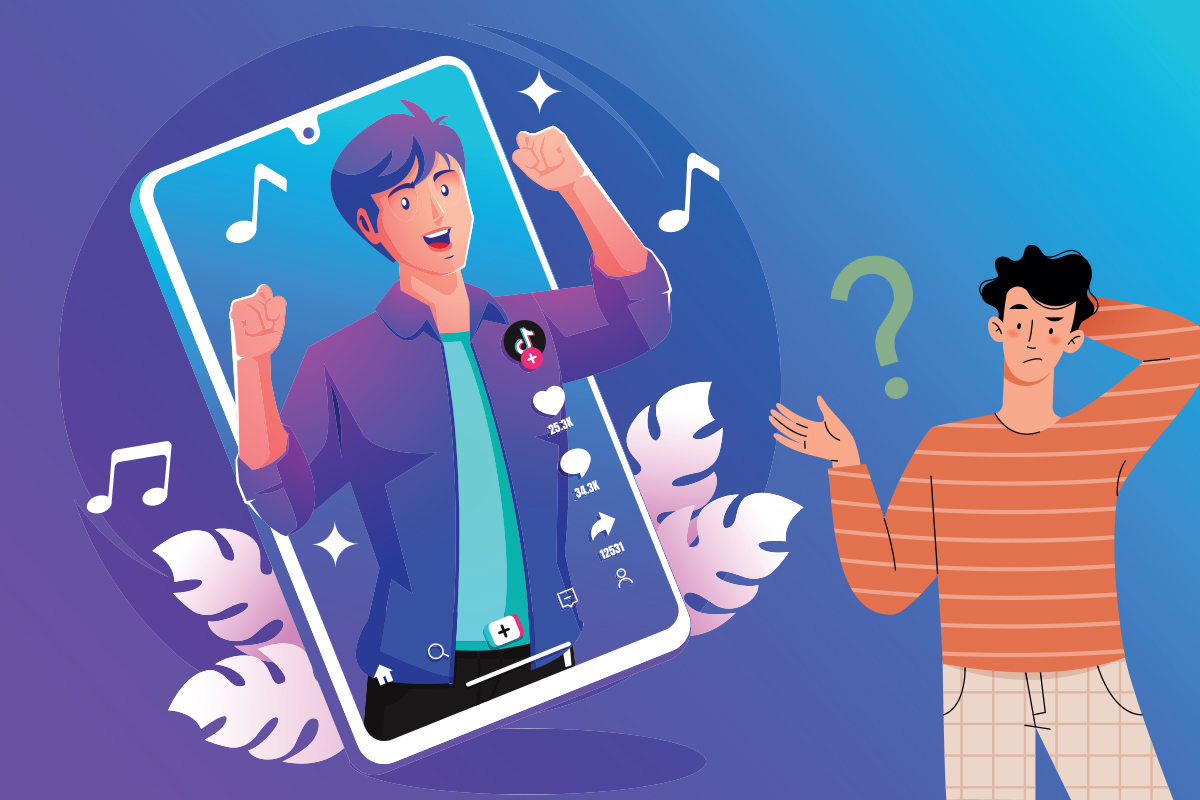 While it’s quite difficult to get as lucky as Charli, we’ve still brought some tips that you can use to become a TikTok celebrity. All of these tips are recommended by veteran TikTokers, so you better apply them if you wish to become a renowned influencer on the platform.

Promote your videos across the platforms and use every social media platform at your display for this purpose. Even Charli herself shares all her videos on Instagram, Facebook, and other social media handles, to let her followers know that her new video has come up.

Cross-platform sharing will help you get the attention of your friends, colleagues, social media followers and increase the engagement rate on your videos and traffic on your account. A perfect blend of both these factors will help you become famous on TikTok, so focus on them.

Always use hashtags in your videos to relate them to a category, and ensure that they get recommended to the right audience by the TikTok algorithm. Once your videos start getting recommended, their views and engagement would automatically increase, leading more followers to your account.

With more followers, you’ll be able to build a stronger fan base, which will eventually make you a popular influencer of your niche. 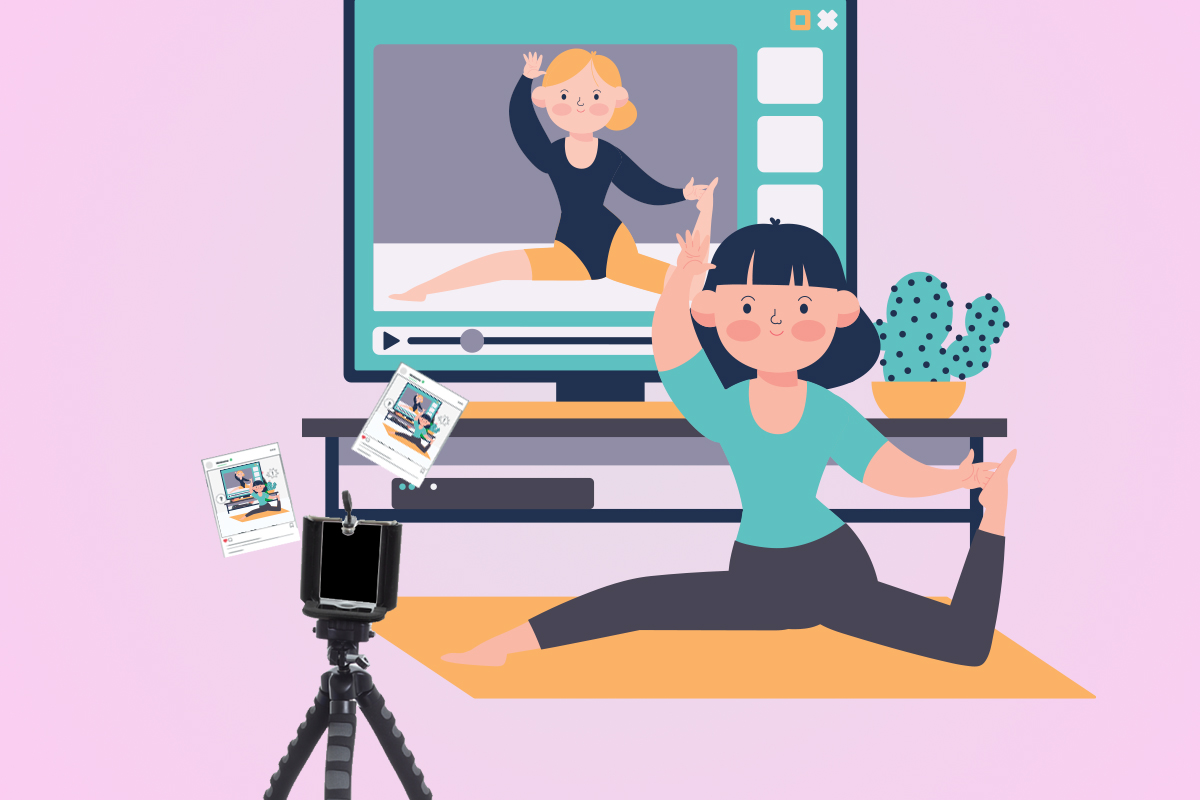 Make sure to create trending videos by accepting the video challenges going on in your niche. If you’re a dancer, find out the latest dancing challenge and follow it or if you’re a lip-sync expert, then cover the latest hit dialogue on TikTok.

This would keep your videos in trend and your audience engaged. Keep in mind that challenges and trends are what made Charli D’ Amelio a hit on TikTok, so you should follow them as well to become a famous TikToker like her.

Hard work, Consistency, or just dumb luck; no one can exactly place a finger on a factor that made Charli D’ Amelio famous. But most people say that it was her friendly neighborhood girl look and slick dance moves that made the audience fall in love with her.

Now, we don’t know if becoming the next Charli D’ Amelio is possible or not, but we do know that you should make her a role model if you wish to become someone that matters on TikTok. Keep chasing the moon, and you might end up falling on the stars!