Twitter has launched its spaces feature, people have been asking how to use Twitter spaces? Find out everything about this feature here.

Let’s all be honest here; Twitter is a platform where your voice or opinion matters when you have enough followers by your side. And while it’s hard to earn followers, it’s even harder to keep them engaged, and that’s why you need to know how to use Twitter spaces.

Introduced in late 2020, the Twitter spaces feature was a step taken to bring followers and influencers closer to each other. This feature allows you to form a live space for group voice chat with your followers and communicate with them freely.

Therefore if you’re a concerned influencer or brand representative who wants to keep their audience together, the Twitter space feature is for you, and in upcoming sections, we’ve discussed it in detail and described how to create a live space through your Twitter app. 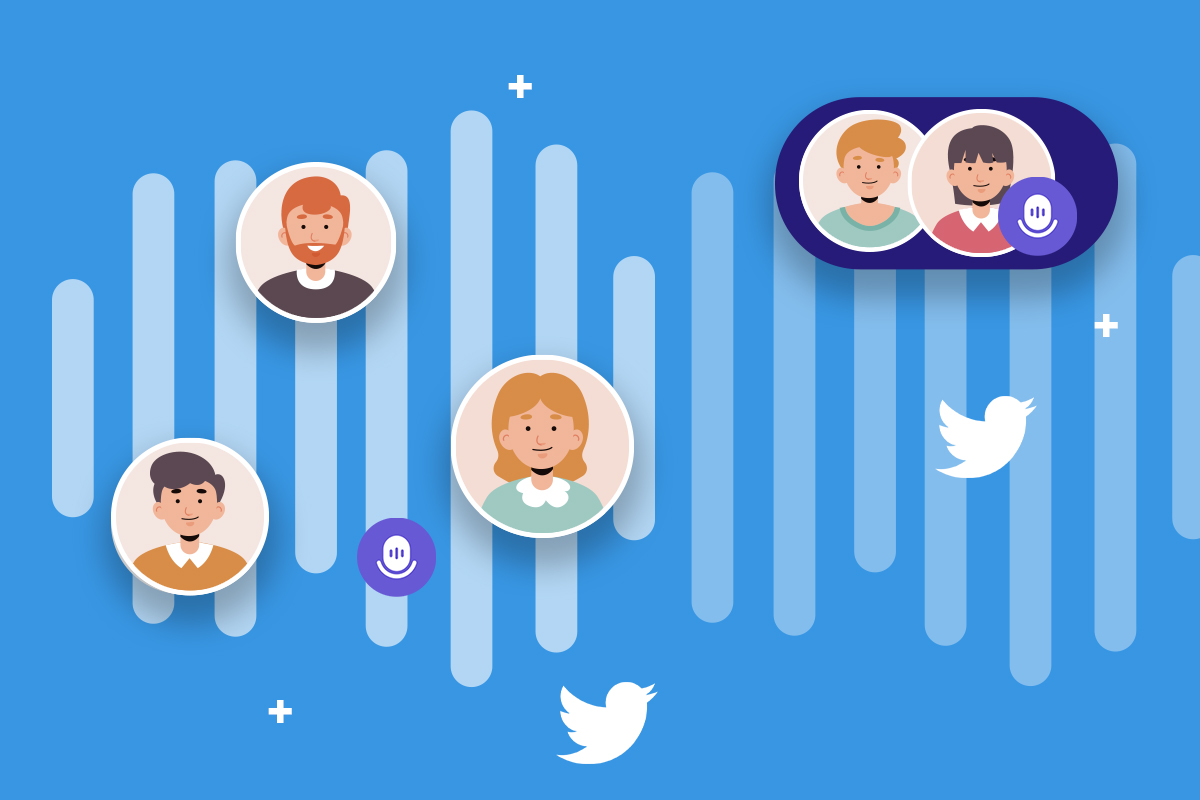 Twitter space was a feature that was launched to compete with other social audio chat apps and make it easier for people to connect on the platform. Any Twitter user can make a Twitter space at any time, anywhere, and on any topic.

Interested in music? Invite your music buddies and start a live audio chat on Twitter. You can also let other people join your space to expand your circle and listen to their views about a particular topic.

Just know that this feature was meant to make Twitter a more fun place to hang out, and it’s not complex at all. We’ll show you how easy it is to create your own space and invite friends over for a voice chat. But first, let’s see what advantages you can gain from this feature.

The biggest and perhaps the single most vital advantage of Twitter spaces is that it allows speakers and listeners to communicate in real-time and in a more liberating way. When you post a Tweet, you only have 280 characters to say what’s on your mind, to share your opinion, to speak your heart out, and we all know that’s not enough!

Words carry a different weight when they are said to someone directly, right? And that’s a luxury that you have now on Twitter, thanks to Twitter spaces. Now, you can talk to your followers and share your thoughts with them freely. Talk to them and touch their heart!

That advantage on its own is enough for you to be using Twitter spaces, but here are some other benefits listed out for you as well: 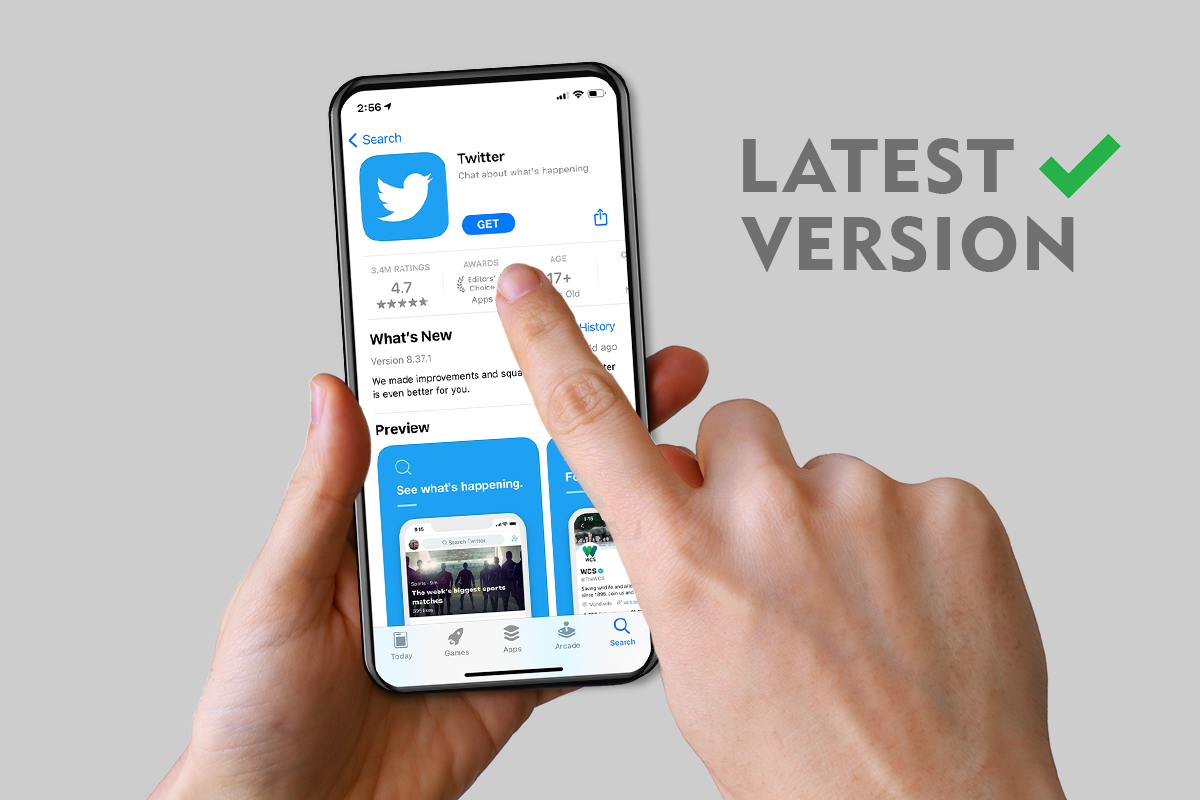 Wondering if there is any special requirement to join or start a Twitter space? Well, the good thing is that any Twitter user can access this feature easily, and your account doesn’t need to have any special stats to unlock it.

However, you can only start a Twitter space on the Twitter app for IOS or Android and not from the web, so that’s a bummer. But it’s not that bad since most people prefer using Twitter from their mobile device.

So, you can say that the only requirement to make Twitter spaces is to have the latest Twitter android or IOS app, and that’s it! Rather than that, you can join and listen to a Twitter space from your mobile or website anytime.

Twitter spaces are a public feature, and anyone can use them to talk and hang out, but you can achieve a lot by using them in the right ways as well. Following are some ideas that you can employ to use Twitter spaces in a more effective way and gain benefit from it.

1. Listen in To Find Out What′s New

As an influencer or marketer, it’s crucial to always stay on top of everything and have dirt on what’s new in your field. Now, with the help of Twitter spaces, you can achieve this goal quite easily. Just start joining Twitter space as a listener and listen to discussions.

You’ll eventually learn a couple of new things and find out what your target audience is into these days. Twitter spaces are a great way to gather intelligence, so remember this tactic and use it well.

2. Start Discussions And Plugin Your Brand 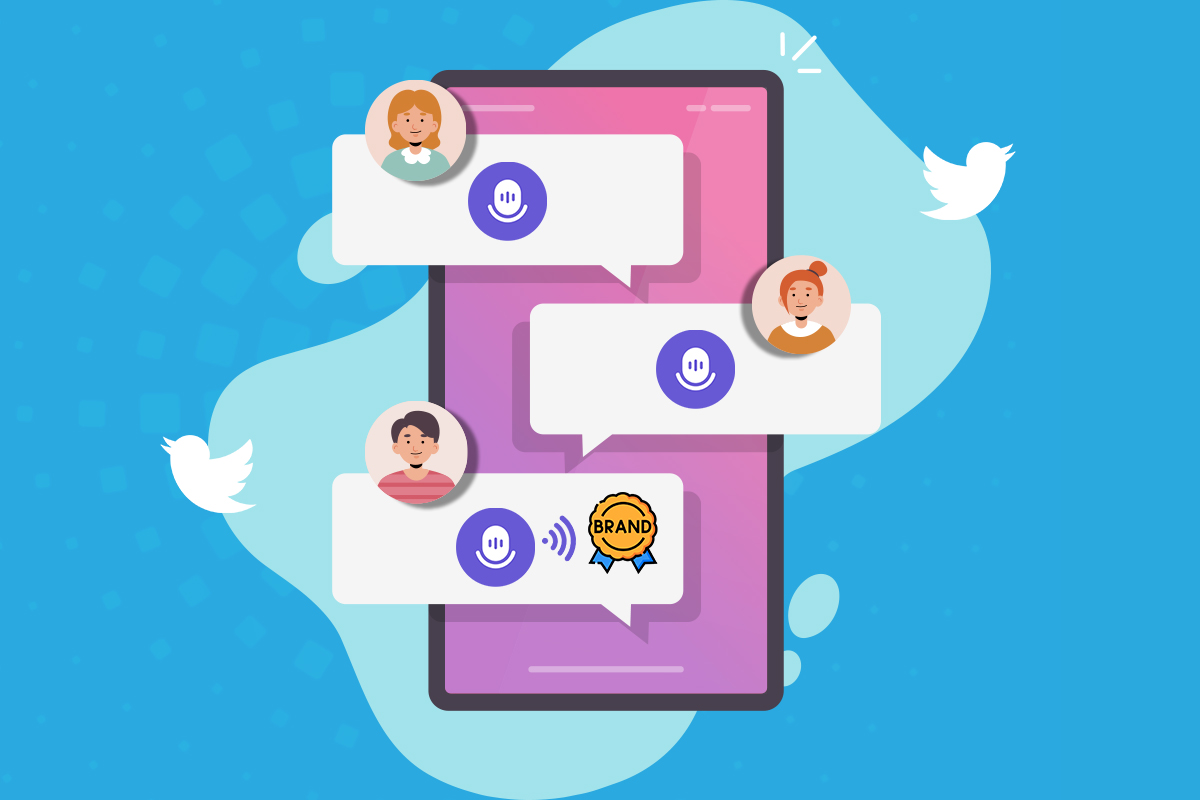 You can start a discussion on a topic relevant to your niche and let it flow. Since Twitter spaces are mostly used on IOS and Android apps, people don’t worry about how long an argument gets or how much time a discussion takes. They make sure to follow it till the end.

This aspect is what you can use as an advantage. When a discussion is at its peak, you can present your argument and talk about your brand as the potential solution to a problem or is somehow relevant to the discussion.

Also, before we forget, you can share a tweet relevant to your brand or products by pressing the share icon and choosing the ‘Your space’ option. In this way, all your listeners will get your point and also learn about your brand, which will increase your brand awareness.

3. Use It For Public Relations

Form deeper connections with your followers and loyal customers through Twitter spaces! Ask them if they like your products, and listen to their suggestions. You can also ask them which of your products they like better, so you can increase its production and supply it more.

Hold a Q&A session during a live voice chat session to answer all the questions your fans or consumers have about you or your brand. This would bring them closer to you, and they would trust you even more.

You can know someone is hosting a Twitter space when you see their profile picture on top of your profile, and there’s a purple circle around it. Now, all you have to do is join that space and listen to the discussion going on.

Remember that Twitter spaces are public, anyone can join them, but you can’t talk in them unless you’re invited as a speaker, so that’s a point. Other than that, Twitter spaces are easily accessible, and you can locate them right from your profile page without any effort.

Let’s say you saw a purple circle around a friend’s profile picture on top of your timeline, and now you want to join their space. That’s what we’re going to show you in this section. Just follow these steps to be a part of any Twitter space:

Step 1: Tap on the “Purple Circle” around one of the spaces featured on your profile.

Step 2: A “Popup” will appear on which you’ll be able to see all the information regarding that space. Its name, attendees, host, and speakers.

Step 3: Tap on “Start Listening,” and that’s it! You’ll be able to listen to the discussion now.

Step 4: If you want to give your opinion on the topic, then you can “Request” to speak, and if the host allows it, you’ll become a speaker in the discussion as well.

That’s how easy it is to join a Twitter space and to become a speaker in one. If you want to host a Twitter space of your own, then you should move on to the next heading.

Step 2: Now, on your home timeline screen, tap and hold the “Plus” Button (tweet compose button). You’ll see the “Space” option in the list. Tap on that option. 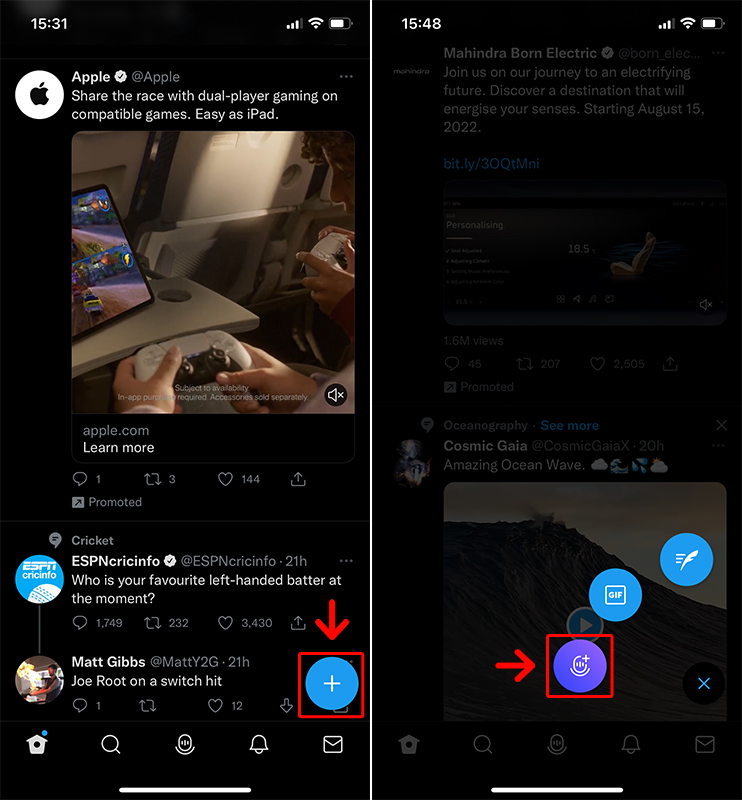 Step 3: A popup will appear in which you’ll be asked to “Create Your Space.” Make sure to give it a catchy name that reflects the topic of discussion and attracts the audience.

Step 4: After that, tap on “Start Now” to create the space right away or tap on ‘Schedule for later’ to begin it at some later time.

To make someone a speaker, tap on their profile and assign them the role. It can be done at any point in the discussion, so no rush. Don’t forget that you can only add ten speakers to your conversation, but there’s no restriction on the number of listeners, so pick your speakers carefully.

Twitter is on a roll and doing everything it can to make the platform a better place for people to come to join and share their opinion; Twitter spaces is just a part of that plan. We hope you’ve grasped the importance of this feature firmly and can host your own space with no problem.

But if you still have anything you need to know about Twitter spaces, go ahead and ask your questions in the comments section or on our social media channels. Discover more informative stuff about Twitter by following our blog!

Tap on the share icon in your space, and select one of the three given options. You can invite people by sending them a message in DM, sharing via tweet, or copying the link to invite them from someplace else.

2. What is Ticketed Spaces?

Ticketed spaces are spaces that require listeners to spend money and purchase a ticket in order to enter the space. This feature was introduced by Twitter so creators can benefit monetarily while they dedicatedly spend time to communicating with their audience.

Everyone can listen in a Twitter space, but only those can speak who are assigned the role of a speaker by the host of space. You can request to speak during a discussion to ask a host to allow you to speak.

Once a Twitter space ends, all the data shared in it is erased, and you can’t recall the conversations again. However, Twitter keeps a copy of your audios and captions to check for any community guidelines violations.